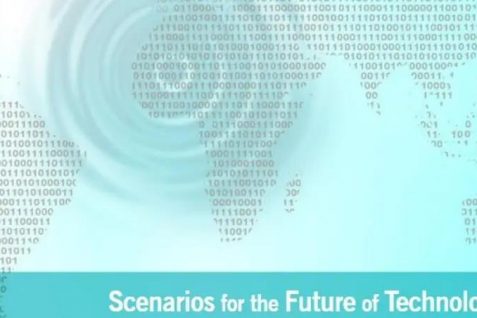 Was the COVID-19 Pandemic Planned in Rockefeller’s ‘Operation Lockstep’?

The COVID-19 pandemic was planned by the Rockefeller Foundation in “Operation Lockstep.”

This one is impressively misleading on the part of “fact checkers”. Starting from the opening line from snopes

It is well known psychology that bad things can be hidden in plain sight. The followers of an organisation need to be told what will happen ahead of time as they are “followers” and cannot be expected to think for themselves. Most organisations plan well in advance of anything becoming public, let alone anything been widely known. For example the Lockheed Martin SR-71 Blackbird was developed in the 1960’s and spotted by the public for years before it was publicly announced as real, people thought it was a UFO. Also their appears to be a metaphysical law of the universe that wicked plans must be published ahead of any action taken by wicked people, so as to give some warning to the public and absolve the wicked, and this also lessens the blow to the public when the event occurs as conspiracy theory becoming reality is less frightening. This is also like common law, where if you are told something is going to happen and you accept that without resistance, then the party acting is not liable for any damages.

In July 2020, several social media users started posting about “Operation Lockstep,” a document allegedly released by The Rockefeller Foundation that showed how global elites had planned to manufacture the COVID-19 pandemic for the last 10 years in order to implement a police state:

Snopes correctly classify the time period and the nature of the posts, but misattribute the information and claim to some low quality jpg as the source document. I have never seen this picture circulated before the snopes fact check article:

In reality the document being circulated was the Scenarios for the Future of Technology and International Development produced by the Rockefeller foundation in 2010, and included here as a local copy:

In 2010, the Rockefeller Foundation funded a scenario-planning exercise that envisioned how hypothetical future events could impact the development of technology. This document, however, does not provide any sort of “operation manual” for how to manufacture a global pandemic

This document gives a hypothetical look at future events in order to envision possible problems that might arise. While this document does explore how the global population could react during a pandemic, it is in no way an “operation manual” for how to manufacture a virus in order to implement a police state.

Let’s break these quotes down; snopes say that this is a “planning exercise” despite opening the article dismissing the allegation that the document “showed how global elites had planned to manufacture the COVID-19 pandemic”. They also say that it “is in no way an “operation manual””

Well, let’s look at what the document actually predicts will happen, and how things played out in the world from early 2020 onwards:

The document’s pandemic scenario is called “Lock Step”. A “scenario” is defined by Cambridge University Dictionary as:

a description of possible actions or events in the future

Well this does indeed describe the event that we have all lived through, and this term “lock step” has been used by world leaders during the last year over and over again in relation to the pandemic. Two such examples follow in this video:

Moving on in the document:

snopes snidely points out that the document does not predict the origin animal correctly, and that the virus is not a corona strain in the document, but instead influenza. However these are trifling details in the scheme of things and somewhat of a distraction from the main points. Nextrain.org have the origin animal as a Pangolin lineage anyway, so who knows!

The pandemic also had a deadly effect on economies: international mobility of both people and goods screeched to a halt, debilitating industries like tourism and breaking global supply chains. Even locally, normally bustling shops and office buildings sat empty for months, devoid of both employees and customers.

Now the meat of the plan, and clearly we know these things happened to us in 2020, matching the plan in the Lock Step scenario:

You should avoid travelling in or out of your local area

The United States’s initial policy of “strongly discouraging” citizens from flying proved deadly in its leniency, accelerating the spread of the virus not just within the U.S. but across borders. However, a few countries did fare better—China in particular. The Chinese government’s quick imposition and enforcement of mandatory quarantine for all citizens, as well as its instant and near-hermetic sealing off of all borders, saved millions of lives, stopping the spread of the virus far earlier than in other countries and enabling a swifter postpandemic recovery

During the pandemic, national leaders around the world flexed their authority and imposed airtight rules and restrictions, from the mandatory wearing of face masks to body-temperature checks at the entries to communal spaces like train stations and supermarkets.

This is all so familiar to us, that I barely even need to find evidence, but for the record:

Even after the pandemic faded, this more authoritarian control and oversight of citizens and their activities stuck and even intensified. In order to protect themselves from the spread of increasingly global problems—from pandemics and transnational terrorism to environmental crises and rising poverty—leaders around the world took a firmer grip on power

The creeping authoritarianism of the Covid-19 restrictions

Citizens willingly gave up some of their sovereignty—and their privacy—to more paternalistic states in exchange for greater safety and stability.

Citizens were more tolerant, and even eager, for top-down direction and oversight, and national leaders had more latitude to impose order in the ways they saw fit. In developed countries, this heightened oversight took many forms: biometric IDs for all citizens, for example

In India, for example, air quality drastically improved after 2016, when the government outlawed high emitting vehicles

While the above have already happened, at the time of writing the remainder of the lock step commentary is in the future for us. We will see in time whether these “predictions” come true as well

By 2025, people seemed to be growing weary of so much top-down control and letting leaders and authorities make choices for them. Wherever national interests clashed with individual interests, there was conflict. Sporadic pushback became increasingly organized and coordinated, as disaffected youth and people who had seen their status and opportunities slip away—largely in developing countries—incited civil unrest.

In 2026, protestors in Nigeria brought down the government, fed up with the entrenched cronyism and corruption. Even those who liked the greater stability and predictability of this world began to grow uncomfortable and constrained by so many tight rules and by the strictness of national boundaries. The feeling lingered that sooner or later, something would inevitably upset the neat order that the world’s governments had worked so hard to establish.

New diagnostics are developed to detect communicable diseases. The application of health screening also changes; screening becomes a prerequisite for release from a hospital or prison, successfully slowing the spread of many diseases.

Tele-presence technologies respond to the demand for less expensive, lower bandwidth, sophisticated communications systems for populations whose travel is restricted.

It’s hard not to look at our own expereince of 2020 and to see how the the lock step scenario has played out word for word in reality, with the majority of the countries copying each other in their response like it had been a scripted event. Just take a look at this compilation video to show how every country is in lock step with each other over the testing and vaccination of people. It makes you think about how propaganda works when people don’t look outside of their own country and in this day and age ignorance is really a choice one makes:

The source video appears to have been removed, but here is local copy.

PDF copies of the above links are as follows: