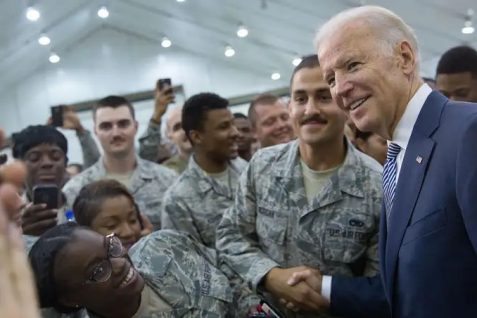 Claim On 07/03/2016 in Abu Dhabi Joe Biden gave a speech to members of the 380th Air Expeditionary Wing, during the speech he referred to the troops as “Stupid Bastards” Snopes …

On 07/03/2016 in Abu Dhabi Joe Biden gave a speech to members of the 380th Air Expeditionary Wing, during the speech he referred to the troops as “Stupid Bastards”

There is video evidence from multiple sources and angles showing that Joe calls the troops, quote:

Joking or otherwise, it was inappropriate for a Vice President to use this term in a speech as a member of the Government. It is demining to all levels of rank in the US Air Force. 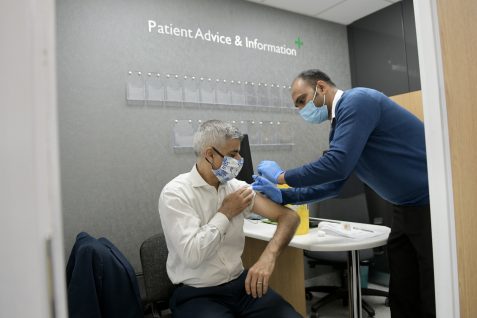 Did London Mayor Sadiq Khan fake getting a flu vaccination in 2020?

On 28th September 2020 the mayor of London Sadiq Khan faked getting a flu vaccination.

Sadiq Khan tweeted the following along with a photo

We are heading into flu season.

If you or someone you know is entitled to receive a flu jab, remember you can get one for free at your local high street pharmacy or GP surgery.

In the image it can clearly seen that this is a photo opportunity and not a real vaccination being given.

A close up of the original image shows that the needle has it’s cap on it and thus could not be used to give an injection into his arm as is suggested by the tweet. Also it appears that despite his shirt being rolled back it is covering the intended site of the injection.

This is not the first time a politician has posed for a photo of a vaccination being given, there are other examples of this happening from around the world.

The premier of Queensland, Australia, Annastacia Palaszczuk was filmed in a second mock vaccination shot for the press as they missed the first:

The Ontario Minister of Health, Christine Elliott may also have staged a vaccination injection for the press.

It is unlikely that Sadiq Khan is a genuinely faking his vaccination because he is afraid to take one, giving the mayor two vaccination shots could be dangerous to his health so it is also likely that a press piece would not actually give him a second injection, and instead use a dummy needle for the sake of appearances. However this exercise is misleading to the general public, and should not be done to avoid such speculation of what is obviously posed.

Here is an image of new disposable hypodermic needles showing the safety caps: 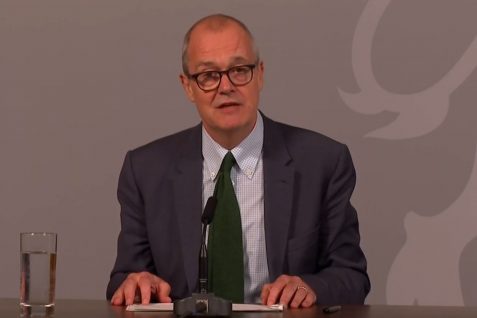 On 21st September 2020 Sir Patrick Vallance said that UK would see 50,000 cases a day by mid-October unless action is taken.

Patrick Vallance prefaced all of his comments as speculation that was not a prediction or prophecy, despite it being reported as such.

He said in his statement

And you can see that by mid October, if that continued, you would end up with something like 50000 cases in the middle of October per day.

He then suffixes his statement by stating:

This is not a prediction

The link to the video is here: https://www.youtube.com/watch?v=ji2CGVehQNU

His statement is embedded below:

It remains unknown as to why he thought the words of this statement should be spoken, and why it was a good idea to broadcast easily misconstrued information. 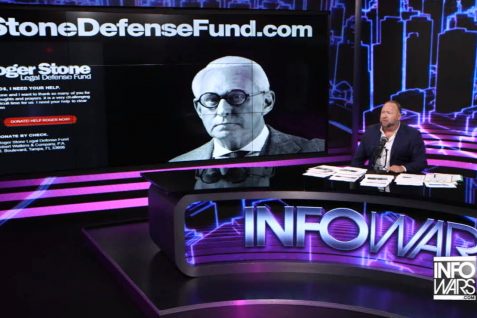 Did Roger Stone say Trump Should Declare Martial Law If He Loses Election?

This story is all about political bias, but if you look at what was said by Roger Stone, it is clear that each statement he makes needs context and that it is preceded with speculation about a discussion topic. Snopes like the MSM websites jumped on a specific part of Roger’s discussion and twisted it for political gain with their viewers/readers/supporters. For example snopes writes:

Therefore, by prejudging the result of the election — stating that a Trump defeat would be de facto proof of widespread election fraud — Stone was in effect saying that the president, if he loses, could and should, under the auspices of martial law and the Insurrection Act, arrest and charge certain prominent figures with election fraud. The news articles referenced above therefore quoted and reported Stone’s remarks accurately.

Roger was talking about a potential Democratic party coup with Alex Jones and discussed the following.

Roger: The entire coup attempt failed when Nikki Hailey blew the whistle, denied, refused to join the coup and told the president. Not because she’s a hero but because she’s a neo-con looking down the road and understand the popularity of Trumpism within the Republican party

Alex: She knows what happened to the people who stabbed Julius Creaser, it didn’t end well.

These statements are scenario discussions based on what has been reported to be said by Democrats. he then war games further:

Roger: You [Democrats] are going to steal the election, and if you think Trump and his supporters are going to stand down and let that happen you are dreaming.

Roger then talks about funding, but concludes by saying

Roger: But I still honestly believe in my heart that if only voters who are entitled to legally vote because they are citizens, vote, and they vote once, Donald Trump will be elected President. The ballots in Nevada on election night should be ceased by federal marshals and taken from the state. they are completely corrupted, no votes should be counted from the state of Nevada if that turns out to be the provable case.

After the snopes quote ended the discussion actually continued

Roger: I do not advocate preventive detention, but people who commit crimes and think they can continue to get away with it because we have two tiered justice, are just wrong.

The to and fro between Alex and Roger is simply a “What if?” scenario, at no point does Roger stone say he wants Martial Law or that the president is going to enact it in the event he loses the election.

An embedded clip of the discussion quoted is here:

The supporting evidence snopes provides is commentary by Democrat supporting news outlets, no other Republican supporting view is offered, and thus snopes bias is revealed. 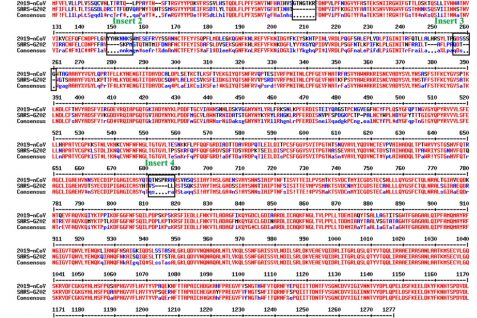 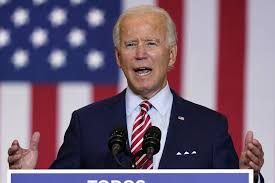 Did Joe Biden Say 200 Million Americans had died of Coronavirus?

Claim Joe Biden said that 200 million Americans had died as a result of the Cronavirus Covid-19. Snopes Rating – None Our Rating – True Justification There is video evidence of …

Joe Biden said that 200 million Americans had died as a result of the Cronavirus Covid-19.

There is video evidence of Joe Biden on 20/09/2020 during his Philidelphia rally, stating that by the end of his speech it is estimated that 200 million people (Americans) would have died from the Coronavirus Covid-19.

The clip of the exact words spoken: