Did the Director-General of the WHO, Tedros Ghebreyesus, say Covid-19 Boosters Kill Children? 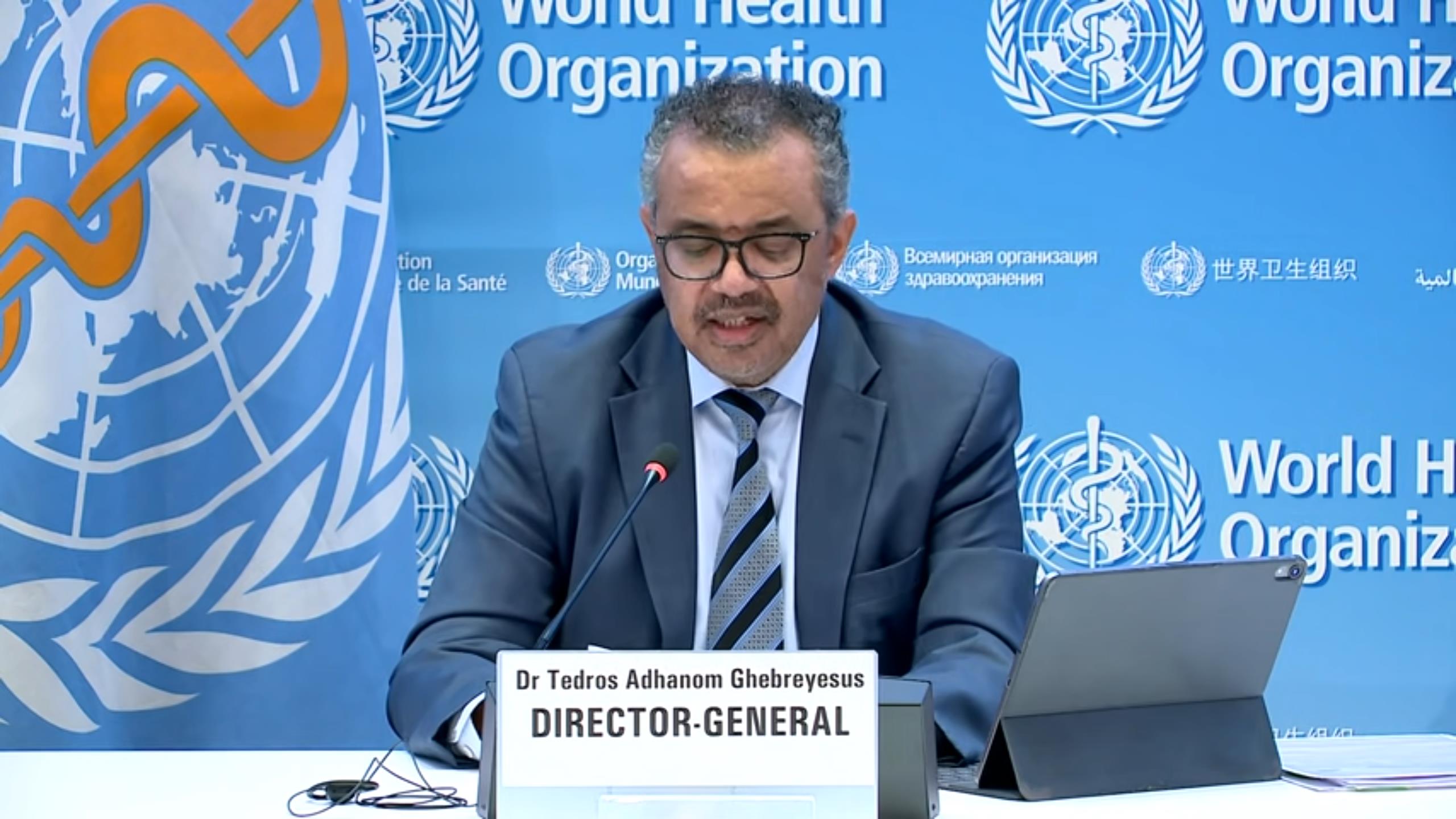 At a media briefing for Geneva-based journalists, WHO Director-General Tedros Ghebreyesus in his opening remarks on 20 December 2021 said:

“Some countries are using to give boosters to kill children”

we rate FALSE the claim that a video shows the WHO director general saying vaccine boosters were used to kill children. Users misinterpreted Ghebreyesus’ stutter, in which he initially mispronounced the first consonant of the word children before quickly correcting himself.

Tedros “got stuck on the first syllable” of children,” the spokesperson said. “It came out sounding like ‘cil/kil.’ He then correctly pronounced the same syllable immediately after, with it coming out audibly as ‘cil-children.’”

A representative for the WHO told AFP that Tedros stuttered when delivering his remarks.

While the scene highlighted online is authentic, users have misconstrued his message. A WHO spokesperson told Reuters the sentence was the result of a slip of the tongue.

It is demonstrably true that this is what was spoken, and this can be heard in the recording of his brief and in its captions. It cannot be denied that the video camera recorded these words and the quote in the claim is accurate, period.

The official video is here, but it has been trimmed and his remarks cut short so that the offending word is not heard in this version:

A embedded version which contains the statement and that continues after the official video is pasted below.

Now to get into the nuances of what was said, there needs to be several things looked at; was it a stutter, was there any body language to suggest a mistake had been made, was it a language translation problem, is there any recognition that he made an awful error and attempted to apologise for it.

Was it a stutter?

According to the NIDCD (National Institute On Deafness and other Communication Disorders, a stutter is:

Stuttering is a speech disorder characterized by repetition of sounds, syllables, or words; prolongation of sounds; and interruptions in speech known as blocks. An individual who stutters exactly knows what he or she would like to say but has trouble producing a normal flow of speech. These speech disruptions may be accompanied by struggle behaviors, such as rapid eye blinks or tremors of the lips.

Can any of this be seen/heard in the above video where Tedros talks about the Omircon variant of the Sars-Cov-2 virus spreading, I think not.

The word “kill” is pronounced clearly and there is a sizable gap between it and the next spoken word “children”. This is not characteristic of a stutter where the speaker tries to correct themselves through repetition of the badly spoken word, or knows what they want to say but are unable to get it out. Rather the flow is normal and proceeds without a stutter, stammer or blocker.

In listening to the rest of the brief, and even though English is not his first language, there is only one sign of a stutter in other parts of his recorded speech, this is when he is not able to say the word “participants” (7:52mins) but this conforms to what would be expected when someone has the inability to read from a script and is not a classic stutter of the type “p-p-p-p-p pizza”. Later when he says “kill children” it is not written down either and is part of the natural flow of an off the top of the head speech.

He does struggle to pronounce some words such as “diseases” and “budget” in one case he repeats what seems to be the same pronunciation of the word “prices” as clearly he thought he was saying it wrong, however this also is not a stutter as it is written down in front of him.

This viral mistake appears to be an unfortunate and subconscious slip of the tongue, it is not a stutter of the likes of ‘cil-children.’ as has been reported.

Was there any body language to suggest a monumental mistake had been made?

When the ridiculously offensive statement is made Tedros is not reading from a written script, and he is speaking freely. When he says “kill children” there is no obvious sign in his face or in his body language that he has made a mistake, and a tragic one at that.

The word “kill” appears to be a valid part of his sentence as much as the word “boosters” was.

Was it a language translation problem?

So Tedros is from Ethiopia, and according to wikipedia he is from Asmara. The predominant language spoken there appears to be Tigrinya and the word for “children” in Tigrinya is “ቖልዑ”.

ቖልዑ is pronounced as “Colyu” in English according to www.tigrinyatranslate.com so it doesn’t seem like it would be a mix up in two languages where he is using his native pronunciation of the word, rather than the English word.

There is some other word order mistakes in his speech, but this is not the same sort of error that one makes, and instead it is an ordering of words problem.

The transcript in the video also shows the subtitle for “kill children” and someone else has also interpreted his words this way. Whether that is another person or an AI transcription service is unclear.

Is there any recognition that he made an awful error and attempted to apologise for it?

So this mistake would be a bad one to make and if it had been conscious it surely would have garnered an apology to his audience. This statement clearly has offended a great many people after the fact, so in theory would have done so with the live audience at the time.

Had it been a conscious error i’m sure he would have corrected himself and said something like “I’m sorry I didn’t mean to say kill children” However there is nothing forthcoming in the recording, suggesting that this was indeed an unconscious statement as there is no obvious recognition that what he said was incorrect and embarrassing.

So we are left with the suggestion that this was a straight from memory-to-mouth statement, and little thinking about what was being said was going on at the time. This is reinforced by the lack of any correction following the offensive part.

I will not speculate as to why he would be comfortable saying what he did, or why his audience would not immediately interject to check understanding.

So what was it about, and why does the media cover for him?

What was he trying to say? it is possible that the following sentence was intended:

“So, if it’s going to be used, it’s better to focus on those groups who have the risk of severe disease and death, rather than, as we see, some countries are using boosters to vaccinate children, which is not right.”

This statement makes sense and is logical, however how the word vaccinate and kill could be switched is not at all clear. It is also not apparent how he could make that statement and carry on as is nothing wrong had been said.

The mistake clearly plays on people’s fears that the vaccine is not what it has been sold as, and is therefore a very hot potato which has been dropped.

Now why would the media and fact checkers cover for him? I think simply because it is embarrassing to him, to the WHO, and to the media itself. So there is this in built self correction mechanism which kicks in to hide the statement in the official video and in the official transcript of the briefing which can be found here:

So the media has an automatic “ass covering” instinct, rather than to apologise and explain. Sadly it is this behaviour which leads people down rabbit holes and to dark conclusions, so they must accept some responsibility for bad reporting and of covering up a mistake, if they are to have any credibility in the future.

Sorry seems to be the hardest word! 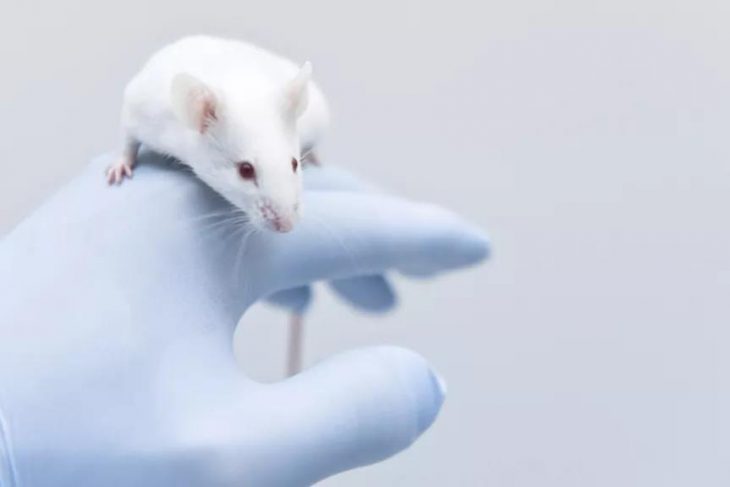